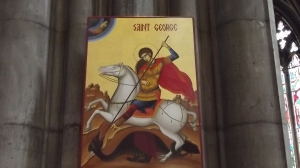 George, a busy guy who is patron saint of England & Romania, amongst many other places

A warning in the form of a pretty fab quote:

“All hockey players are billingual. They know English and Profanity.” – Gordie Howe

Gordie played hockey with the Red Wings for many years. He is, as any Detroiter can tell you, the greatest of them all.

But it is not Gordie’s greatness that concerns me just now, but the reference to profanity. It is just possible that this blog is going to turn into a rant (1), and my wayward Yorkshire-American English into a pile of feckin’ swearing.

My temper has been short of late. I recently threw a cheese knife at our boiler. (2) This is not normal behaviour, even for me. So to fall out with some anti-UKIP-ers was not, perhaps, a surprise.

I still oppose UKIP. How could I not?

1) I am an immigrant

5) I work in mental health

6) I have friends and relatives who are gay

Apparently, according to some small minded types on an anti-UKIP board, I must, must also tick:

7) I am a socialist, and wish to get rid of the Royal Family.

But I’m not a bloody socialist. Not, that is, unless you include the “Royalist, Green Liberal somewhat Socialist” kind.

I know what I mean. If Random Internet Stranger doesn’t, so fucking what?

Facebook can be great, but it’s not a good place for extended intelligent debate. Well, sometimes, but this was obviously a horse that could not run. Not because they’re a Socialist. It was the “small-minded” bit which was tripping her up.

Or, to pound coin a turn of phrase, it was because I was dealing with someone with the imagination of a pencil. Cue photo: 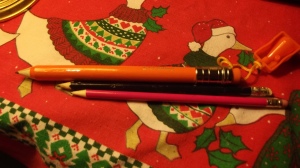 I like pencils. Indeed, I may blog about my love of pencils sometime soon. (5) But they aren’t terribly gifted when it comes to imagination.

Whereas, I am bipolar – and a writer. Which means I have altogether too much frigging imagination at times.

The word “coalition” has left a sour taste in many British mouths. And yet, as my politically astute husband reminds me, it was a coalition government which lead the UK through the horrors of WWII to victory.

It isn’t coalitions in the governmental sense that are on my mind, however, but rather that of people with a common cause. Such as, for example, a desire to oppose the rise of the far right in their country: whether that be their country of origin, or of adoption.

Or, as is the case with myself, the country where I have now lived more than half my life, and of which I have been a citizen for more than four years. 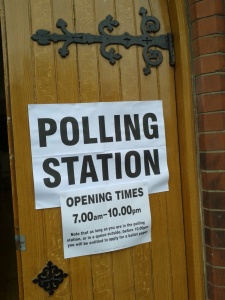 Where I am destined to tick the “White, Other” box for the rest of my days.

But hey, if some s-mS types want to piss off their allies because they like the look of their own nose-less faces, well, it’s their mugs that are getting ugly. Mine is ugly enough as it is.

Meanwhile, I’ll carry on opposing UKIP.  On my own, if necessary.

Have a great New Year, folks. Whoever you are, wherever you come from, or you’re going. Regardless of how right-on you are.

1) again.
2) It hasn’t been working properly for weeks, and I stupidly managed to put out the stupid pilot light.
3) small-minded Socialist
4) “Where are my specs?” “Where did I put my keys?” “Directions, from me? Are you joking?” Etc.
5) Betcha can’t wait for that one, eh?

2 Responses to “White, Other”