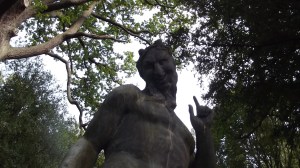 Warnings for: extreme grumpiness; self pity; & slightly soppy nostalgia. Oh & if you want a song, it’s probably this.

I have lost my original accent, though I’m continually told this is not the case. It’s gone: gone like my temper; like Capt’n Kangaroo, Mr Green Jeans, and Mr Moose, too. Of course, the latter was just a hand puppet with a ping pong ball fetish, so it’s likely he’s been mothballed, and is living in a cardboard box labelled “MM” in black felt tip, in a dusty storeroom in an old CBS building. (2)

Gone like my childhood, like my wasted teenage years. Wasted on watching too much trash telly: black & white films which hardly anyone remembers, and with good reason (3); chat shows which were so bad, no one in their right minds would want to remember; Canadian telly, which burrowed the likes of “The Prisoner” and “The Avengers” deep into my young brain.

Gone like, at times, everything and anything that gave me strength, gave me purpose, gave me hope.

Perhaps that’s what late middle age is like. I’m nearly 57. Only three more years until I can’t collect my state pension, or my bus pass.

Lost causes, both of them.

“‘In this world, Elwood, you must be oh so smart or oh so pleasant. Well, for years I was smart. I recommend pleasant.” – Harvey 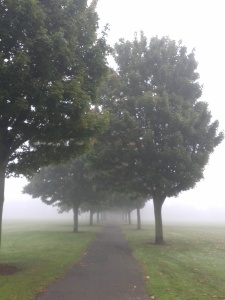