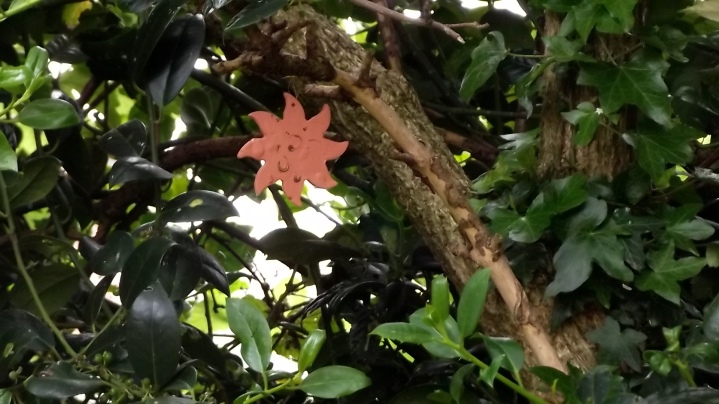 “It is good, and not evil, which flourishes like the green bay tree.” – Unknown

This is about the town of Doncaster, some overdue apologies, and a good man named Colin, who died last week. About the right to mourn, and about not giving up.

Because. for me at least, giving up is the merging lane to the superhighway of depression, and bipolar hell. Especially when what I’m thinking about giving up is my job, and my writing.

Who decides who has the right to mourn someone? I wasn’t Colin’s friend: he had so many, he didn’t need my friendship. I wasn’t, and am not important in this town of shops and pubs and gigs and restaurants, and of oh, so many talented, creative people. I was just someone who would sometimes bump into him whilst he was having a ciggie outside the new council building, or chatting to staff and customers at the Tourist Information Office, or in one of his favourite local pubs, or at a local event.

He was always pleasant, always courteous, and almost always up for a chat, especially about his favourite subject: Doncaster history.  Colin was a Liverpudlian, who had lived and worked many places before coming to Donny in 2009, to work as Doncaster’s head of tourism.

I have always enjoyed the company of people who are passionate about what they do, and that goes doubly for someone whose interests overlap with mine. And if ever there was a man who came across as totally, passionately immersed in his work, that person was Colin Joy.

It is hard to believe that someone who was so vital, so engaged and engaging, and so well loved by so many in this town, is dead. Most of the deaths I’ve learned of, and mourned, over recent years have been more or less expected.

I didn’t see this one coming. Nor, I think, did any of your many friends, and acquaintances.

This has been a difficult week, made more so by discovering that I’ve apparently distressed some coworkers. Whilst a part of me wonders why they spoke to others, rather than me, I cannot avoid the fact that I have – once again – unintentionally upset people, and must find ways of making amends.

I know I’m not their friend, and probably never will be. That’s okay. But I do love my job, and I do respect them. And I was brought up to think that manners are important. 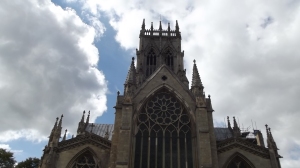 St George’s, Doncaster, aka the Minster

Trying to repair a relationship which has been damaged by my behaviour – whether that be due to my bipolar, being stressed, or both – is nothing new. The combination of worry about what happens next with the treatment for my early stage breast cancer; my tendency to become depressed, and Colin’s death. has not been easy.

It’s made even worse by the feeling that I have no right to mourn him, since we weren’t colleagues, or even friends.

The latter is something I’ll have to accept, and deal with. Because I could have asked him to go for a cuppa at Lord Hurst’s, or one of Donny’s many cafes, and tea shops. Or for a drink at the Doncaster Brewery Tap, or the Masons. Or even a cuppa or a meal at our house. More likely than not, he’d have been too busy to accept.

But I didn’t ask, and I’ll never know what he might have said. And I suspect I’m going to regret that for quite sometime. I keep thinking I see you, whenever I’m passing through Waterdale toward Council House, even though I accept that’s never going to happen again.

Meanwhile, I have to “frame myself”. To keep going, keep writing, when there seems little, if any, point. Because I won’t be doing anyone – not Colin, not my colleagues, not my friends, certainly not myself – any favours by stopping.

And I’ll give myself permission to mourn you, Colin. For eight years you were a vital part of the town we love.

And I miss you.